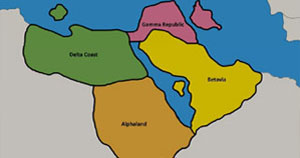 In 2011 and 2012, the EU Non-Proliferation Consortium organised two international seminars in support of a process aimed at establishing a Zone Free of Weapons of Mass Destruction (WMDFZ) in the Middle East. The 2011 and 2012 seminars proved successful in bringing parties together and exploring key issues. The EU decided to sponsor a related event in 2014 as a practical contribution to the Helsinki Conference. Organised by our Consortium, a capacity-building workshop was held on the 18th and 19th June 2014 in Brussels, bringing together mid-level diplomats from the region for presentations on zones elsewhere and building blocks of multilateral diplomacy, along with a simulation exercise.