A proposal to overcome political hurdles

The issue of extending the scope of the Hague Code of Conduct to cruise missiles is regularly raised in academic and political discussions about the Code. Some non-subscribing States justify their refusal to join the instrument because of this exclusion, perceived as a major flaw. Indeed, cruise missiles have characteristics that can make them very effective in carrying weapons of mass destruction. It is therefore clearly of interest to consider extending the HCoC scope to these weapons.

Nevertheless, cruise missiles are also used as conventional missiles. It is unthinkable for States acquiring and using cruise missiles in theatres of operation to adopt confidence-building measures such as test notifications. Specifying and limiting the type of cruise missiles to be considered would thus be necessary. In view of the technological characteristics of current systems, only a functional criterion based on political declarations would be appropriate. States would be invited to pre-notify and declare “systems used to deliver weapons of mass destruction”, on the basis of good faith. This standard would have limitations and could be criticized for lacking ambition and neglecting potentially proliferating systems. Nevertheless, as the current positions of subscribing States range from a lack of interest to clear hostility, a partial introduction of cruise missiles in the Code seems to be the only option acceptable at the political and strategic level.

“For the drafters of the Code, limiting access to means of delivery was an essential step in curbing proliferation. Many proliferating States have sought to acquire ballistic capabilities to build a credible deterrent, often associated with WMD.”

In the traditionally consensual debates at the annual conference of States signatories of the Hague Code of Conduct (HCoC), the German declaration in 2018 was noticed due to its open criticism of the implementation of the Code and its call for an extension of its scope: “Another serious shortcoming of the HCoC is the failure to include cruise missiles, which equal ballistic missiles in their capability to deliver WMD payloads. With the development of hypersonic cruise missiles, these means of delivery may just as well constitute a destabilizing, military threat.”1 This criticism, rare among Code members, is often heard by non–subscribing States as well as by several ballistic proliferation experts, and deserves further consideration. The Hague Code of Conduct is to this day the only universal instrument to regulate ballistic missile programmes. Subscribing States are required to exercise restraint in their development of ballistic systems, to be vigilant in the dissemination of space and ballistic technologies and to comply with transparency measures. In particular, Member States must pre–notify missile test launches and space rocket launches. This instrument complements the MTCR, a control regime that currently has 34 members that are committed to restrict their exports of missile and space system technologies. Signed in 2002, the Code is the result of the  a momentum in favour of arms control and multilateral non–proliferation initiatives. It follows the adoption of major texts aimed at prohibiting or regulating weapons of mass destruction (WMD), such as the Chemical Weapons Convention (1993), the Comprehensive Nuclear–Test–Ban Treaty (1996), proliferation preventionmeasures such as the Proliferation Security Initiative (PSI), launched in 2003, and United Nations Security Council Resolution 1540 of 2004, which aims to prevent WMD transfers to non–State actors.

In this context, the Code was adopted to contribute to the prevailing efforts to counter WMD proliferation, an objective that is recalled in its introduction. The idea behind this instrument is to focus not only on the weapons themselves (nuclear, chemical, biological and bacteriological) but also on their means of delivery. For the drafters of the Code, limiting access to means of delivery was an essential step in curbing proliferation. Many proliferating States have sought to acquire ballistic capabilities to build a credible deterrent, often associated with WMD. Libya pursued a nuclear programme starting in the 1970s, with the construction of uranium enrichment facilities and the acquisition of about 80 Scud-B in 1976 and 40 Frog-7. Libya also attempted later on to import longer-range systems and to develop its own systems independently, but without success.2 In Iraq too, the regime led a clandestine nuclear programme and, at the same time, sought the acquisition of Scud-Bs modified to increase their range.3

More recently, two countries have attracted attention through the development of ballistic and nuclear capabilities. In Iran, the ballistic missile programme is ongoing despite international condemnation and restrictive measures voted by the United Nations Security Council.4 As a result of this programme, Iran has six types of short-range missiles, five medium- and intermediate-range systems and is focusing on longer-range systems, based on technology derived from the Simorgh and Safir space launcher programmes.5 North Korea has reached a more advanced stage, having performed six nuclear tests since 2006 along with making significant progress in ballistic missiles. Based on earlier imports of Soviet systems, Pyongyang set up a national programme that produced several operational missiles. In addition, four ICBMs are still under development. North Korea also has an active space programme.

Given its objectives, it is therefore not surprising that the Hague Code of Conduct focused on ballistic weapons. This is all the more logical as the spread of these weapons was a real issue at the beginning of the 21st century (proliferation of Soviet Scud-B in Syria, Egypt, Iran, Yemen, Libya).6  Moreover, for a proliferating State lacking a broad industrial and technological base, combining WMDs with ballistic missiles remains simpler and less costly than building a strategic aviation or naval force.7

Quickly, however, cruise missiles attracted interest, including in proliferating countries. Some nations have benefited from illicit exports (China, Ukraine) and integrated them into their deterrence programmes. This interest in cruise missile systems has been heightened by advances in missile defence systems. It has triggered several calls for better control, including the integration of cruise missiles into the HCoC framework. Dennis Gormley (Missile Contagion) and Mark Smith (The HCoC: Current Challenges and Future Possibilities), experts on missile proliferation, have written regularly on this subject. The development and testing of hypersonic missiles in Russia and China also raises the question of the value of extending the scope of the Code to these categories of weapons.

What are the current prospects for extending the scope of the HCoC? Is there a diplomatic consensus in favour of such an option or do the subscribing States have reservations? Moreover, is the inclusion of cruise and hypersonic missiles in the HCoC feasible and desirable? From an operational point of view, does such a proposal make sense? This article examines the question of extending the Code from political and technical angles, and proposes a normative framework for a partial introduction of cruise missiles into the scope of the Code. […]

1 Statement by Ambassador Friedrich Däuble, Permanent Representative of Germany to the United Nations Vienna and other International Organisations, HCoC Annual Conference of States Signatories,   28th to 29th May 2018, < https://wien-io.diplo.de/iow-de/aktuelles/-/2089842>. 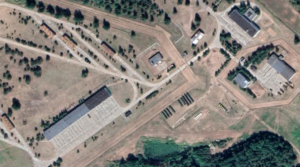 With a view to liberalizing access to missile technologies, the MTCR would therefore remain a central instrument, since it would continue to regulate sensitive exports. Admittedly, its final binding effects could, in the short term, be further attenuated, turning the regime into a forum for harmonization.