The Hague Code of Conduct

The Hague Code of Conduct (HCoC), currently the only game in town on its topic, marked its 10th anniversary in 2012. It has generated membership comfortably into three figures, and its supporters have tried valiantly to help it make progress. However, even its most enthusiastic admirers would concede that has not fulfilled the hopes and expectations of its founders when they gathered for the opening ceremony in November 2002. Those hopes were for expanded membership and for further development of its substance: the membership has indeed expanded but not to the most pertinent states, and the substance of the Code remains exactly as it was when it was founded.

The principal reasons are problems during the Code’s drafting process, which were not properly resolved at the time and have festered ever since; the partial nature of the Code’s provisions, which cover ballistic missiles but no other kind; and the inherent difficulty of demand-side controls on missiles, something that is often under-analysed and under-appreciated.

Why has the HCoC come up short of the founders’ ambitions? Is it possible for the challenges to be overcome, and for the HCoC to become something more akin to the aspirations of its founders? This paper attempts to answer these questions and to offer some prescription for how progress might be made. Some of the challenges can be overcome with enough imagination and willingness to change; others, and in particular those arising from the Code’s roots and drafting process, cannot be changed and progress will depend on a readiness to let bygones.

The Motivations for the HCoC

“These four drivers – new patterns of proliferation, the need to develop stronger legitimacy for MTCR controls outside the current membership, the incompleteness of the missile non-proliferation regime, and an underlying sense that demand-side multilateralism still had the wind at its back – were the decisive factors in generating the HCoC.”

Missile non-proliferation has ebbed and flowed in global security politics, and the Hague Code of Conduct Against Ballistic Missile Proliferation (HCoC) was a product of the late-1990s flow, driven by a combination of concern at perceived decline in supply-side strategies like the Missile Technology Control Regime (MTCR), and the last dregs of the 1990s surge in multilateral non-proliferation that had produced the Comprehensive Test Ban Treaty (CTBT) and the indefinite extension of the Nuclear Non-Proliferation Treaty (NPT).

The initiative that was to become the HCoC was first drafted within the MTCR (a source of criticism ever since), and can be seen as driven by four motivations. The first of these was the growing evidence that the spread of missiles, particularly longer-range ballistic ones, had been slowed but not stopped by the export controls of the MTCR. In fairness, few if any of that regime’s members had ever expected export controls to halt missile proliferation, but as long as the missiles concerned were limited in range, their spread represented a significant military headache but not yet a serious strategic threat. During the 1990s, however, disturbing patterns of missile technology proliferation suggested that the sell-by date of that assumption might be approaching sooner than anticipated.

The most potent evidence of this came in 1998 with the North Korean launch of its Taepodong missile. Tested in satellite-launch mode, the test failed after the later stage disintegrated in the upper atmosphere (although North Korea continues to insist that it in fact successfully launched its satellite). However, certain aspects of the test, such as stage-separation and upper altitude ignition, seemed to work sufficiently well to suggest that a successful design might not be far away, or at the least appreciably nearer than hitherto thought. The potential implication of that was far-reaching: the Scud missile technology which formed the base units of the Taepodong might be adaptable to ranges well beyond that of standard theatre missiles. Scud missiles were heavily proliferated, to the extent that the phrase “the ubiquitous Scud” became commonplace in the 1990s, and moreover Scud technology was circulating among states that had become the focus of proliferation concerns. The possibility, however distant, of the technology being adapted to inter-regional or even inter-continental range meant that Scud missiles might transform the strategic balance. Consequently, the new patterns of missile proliferation looked likely to present much more significant strategic problems and to be much less susceptible to export controls.

The second motivating factor that produced the HCoC was the existing imbalance in the missile non-proliferation regime, which was characterised by the strong supply-side controls of the MTCR but no multilateral demand-side controls. In other words, the global regime was effectively half a regime, and MTCR members had always been conscious of this. This has long been regarded as something of a ‘hole in the fence’, so to speak. Most or all multinational debates on controlling proliferation include the phrase “and their means of delivery” when discussing WMD, and there was a time – now passed, it seems – when inter-governmental debate about the future of non-proliferation felt incomplete without additional work on how to establish demand-side controls on missiles.

‘Means of delivery’ is a loose term, and strictly speaking can refer to anything used to transport WMD to their target, but it can be principally understood as a tacit reference to missiles. Strategies for control of delivery systems have tended to concentrate on ballistic missiles, which in turn are principally associated with nuclear weapons. The former is quite possibly a mistake, as Dennis Gormley has regularly argued,1 because cruise missiles can pose significant threats of their own. Moreover, there is a political cost of focusing on ballistic missiles, which is discussed below. Nonetheless, the link between ballistic missiles and nuclear weapons – and thereby between non-proliferation of the two – is long-standing and strong. Virtually every state that has a nuclear weapon, or attempted to develop one, has had a ballistic missile programme to go with it, and the principal states of proliferation concern during the 1990s and 2000s have all followed this pattern (as have, it should be pointed out, all of the de jure nuclear weapon states).

MTCR members were conscious of this throughout the 1990s, as they were of the lack of demand-side norms which would give legitimacy to their supply-side ones. Constructing such a regime held the promise of two benefits. First, it would beef up control of nuclear weapons; a state attempting to build a nuclear weapon faced the additional challenges of heavily-curtailed availability of delivery system technology, and thereby the technological, financial and political costs of a nuclear weapon were correspondingly raised. Moreover, a state that was allegedly in good standing with its NPT obligations, but had a suspect nuclear energy programme, might be considerably easier to identify as a proliferation threat if it declined to subscribe to voluntary norms on delivery systems. Control of ballistic missiles therefore was viewed in instrumental terms as a way to make control of weapons more effective.

A third motivation, closely related to the second, is a shortfall in non-proliferation legitimacy for the MTCR. Even the Regime’s strongest advocates and supporters would concede that it has what might tactfully be described as an image problem: it places strong restrictions on the transfer and export of missiles, component parts and associated technology, but the most sophisticated and longest-range missiles in the world are held by MTCR members. In that light, it is very difficult for the MTCR to present itself as a simple non-proliferation mechanism working in the service of the WMD regimes. The MTCR has consequently attracted strong criticism from several states that regard it as a mechanism to protect technological monopoly. Restrictions in missile exports, and a commitment to preventing the spread of long-range missiles by states that themselves possessed the longest-range missiles in existence, could not fail to be resented: what legitimate basis other than a desire to maintain technological advantage, critics argued, did states such as the US or UK have for placing stringent restrictions on the export of the sort of technology they deployed through the Trident system? Straightforward power politics might explain it, but the attempts to defend export controls as part of global non-proliferation interests were regarded in many states as offensive. A statement in the UN First Committee by Pakistan summed up that resentment well: “states which reserved the right to deploy thousands of missiles were now seeking to prevent developing countries from developing missiles for legitimate self-defence. The international community must resolutely resist that discriminatory trend”.2

The fourth motivation is harder to pin down, and is related more to the atmosphere of the late 1990s than to the MTCR or to missile proliferation. Put simply, it is a mistake to underestimate the potency of multilateral approaches to non-proliferation at this time. It has, for good reason, become more commonplace to think of the late 1990s in terms of challenges to global non-proliferation: the South Asian nuclear tests in 1998 that produced the first declaratory nuclear-armed states since the NPT was signed, the failed ratification of the CTBT in the US, the North Korean Taepodong test. However, a policy official looking at the package of ideas that became the HCoC in 1998 would perhaps have been more inclined to think of the time in terms of positive developments: the negotiation and signature of the CTBT, the signature and entry into force of the CWC, the indefinite extension of the NPT, and so on. That official might have good cause to be optimistic about the prospects for a multilateral solution to the challenges of proliferation.

These four drivers – new patterns of proliferation, the need to develop stronger legitimacy for MTCR controls outside the current membership, the incompleteness of the missile non-proliferation regime, and an underlying sense that demand-side multilateralism still had the wind at its back – were the decisive factors in generating the HCoC. […] 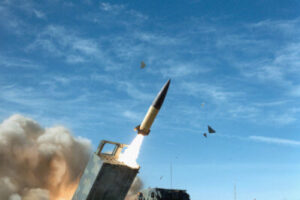 The Hague Code of Conduct aims at curbing the proliferation of missiles capable of carrying weapons of mass destruction. Today, with an important increase in ranges, these weapons are more and more used for a conventional mission, by a variety of states. This dissemination illustrates the fact that many stakeholders master the technologies necessary to build and sustain these weapons. But it also raises questions on the possible destabilising effects of these arsenals, even when they are not linked to WMDs. 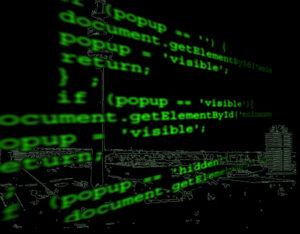 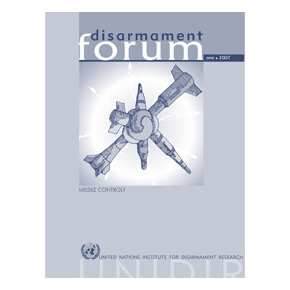 This issue of Disarmament Forum assesses the current situation concerning missiles and investigates future prospects for control. Existing devices, such as the Missile Technology Control Regime and the Hague Code of Conduct (HCOC), UN Security Council resolution 1540 and the Proliferation Security Initiative, are all attempts at ameliorating some aspects of missile-related problems, as are the various bilateral confidence-building measures already in operation.