Opportunities, Threats and Proliferation Challenges deriving from Bio-Technology and Bio-Engineering 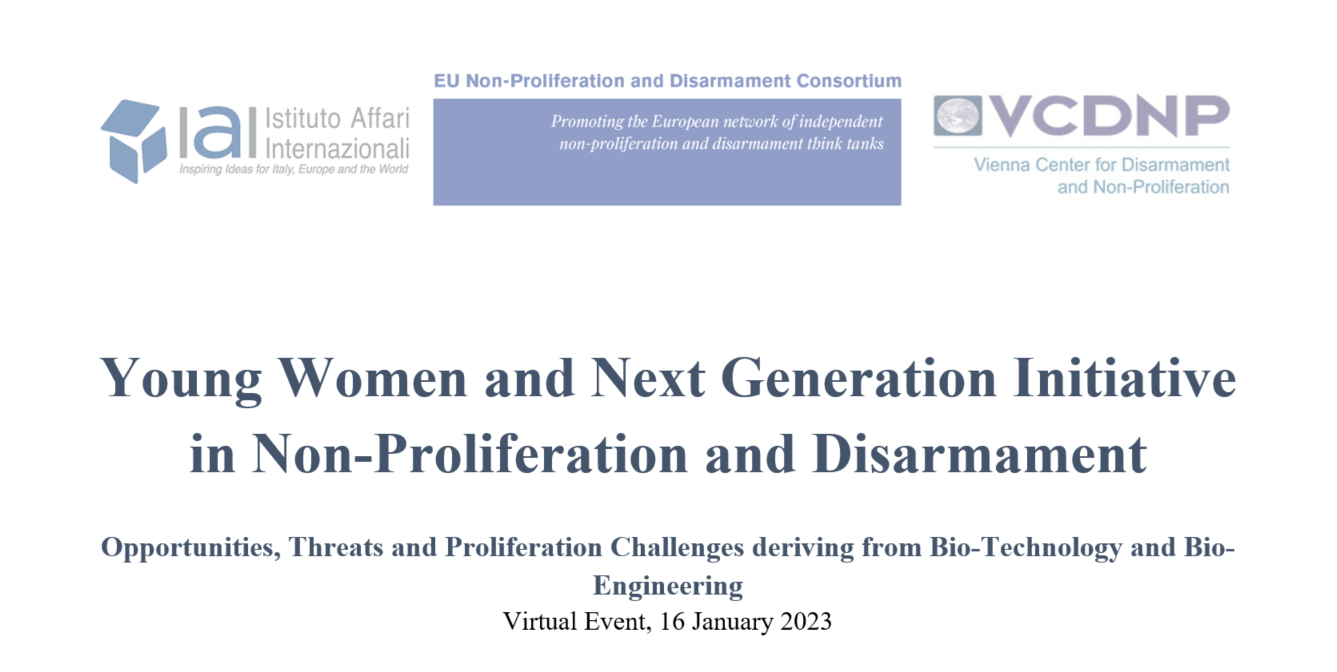 On 16 January 2023, as part of the Young Women and Next Generation Initiative (YWNGI), the International Affairs Institute (IAI) and the Vienna Center for Disarmament and Non-Proliferation (VCDNP) with the support of the EU Non-Proliferation and Disarmament Consortium, organized a public webinar focused on the opportunities, threats and proliferation challenges deriving from bio-technology and bio-engineering.  The event also provided tips and advice for working in the field of biological weapons non-proliferation and peaceful uses of bio-technology.

The webinar, open to the public but particularly intended for students and young specialists , featured remarks from:

The event was opened by Ettore Greco, Executive Vice-President of the IAI, and moderated by Federica Dall’Arche, Senior Research Associate at the Vienna Center for Disarmament and Non-Proliferation (VCDNP). It was attended by over 70 participants from different regions of the world.

In his opening speech, Ettore Greco gave an overview of the purpose and scope of YWNGI, highlighting in particular how, through the organization of workshops, public webinars, and a mentoring programme for young women, the Initiative advances the efforts of the EUNPD Consortium in engaging the next generation in non-proliferation, disarmament and arms control discussions. The panellists talked about the challenges and risks associated with biological agents and the rapid advances in biotechnology. In particular, Dr. Kane discussed the global impact of the spread of biological agents given their potential weaponization and provided an overview of the role of the Biological Weapons Convention (BWC) in countering such spread. Dr Lentzos continued the discussion by illustrating the main outcomes of the Ninth BWC Review Conference, held in Geneva in November and December 2022, assessing prospects for the future of the regime. Dr. Revill explored the convergence between biological agents, artificial intelligence and biosecurity/bio-technology and bio-engineering.

Speakers also illustrated career opportunities in the field of biological non-proliferation and disarmament. 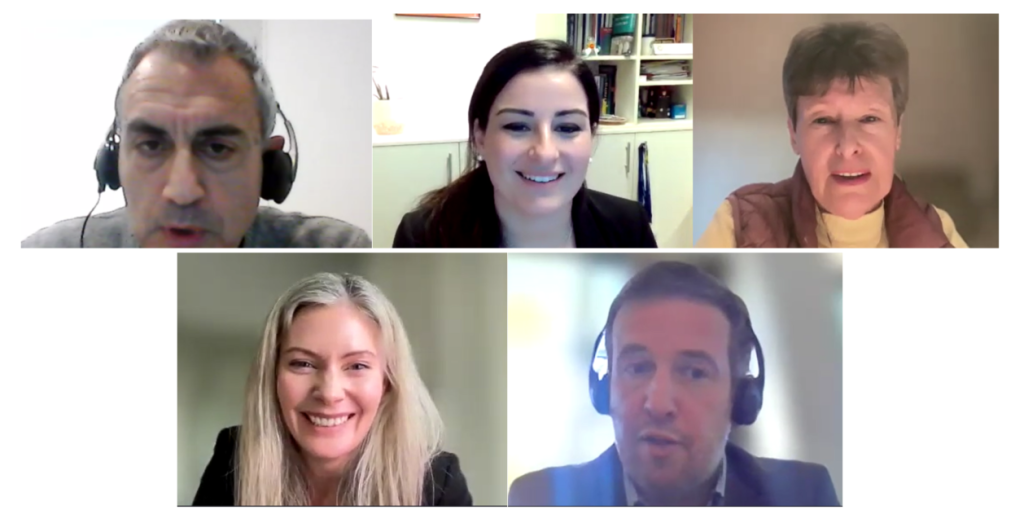 The discussion was followed by a Q&A session, which covered a wide-spectrum of topics, ranging from Covid-19 to risk-assessment scenarios passing through the role of non-state actors.

A full recording of the event can be found here: https://www.youtube.com/watch?v=KgBdPkKm7tQ