Working at International Organisations: Tips and Insights for the Next Generation – the BWC and the OPCW 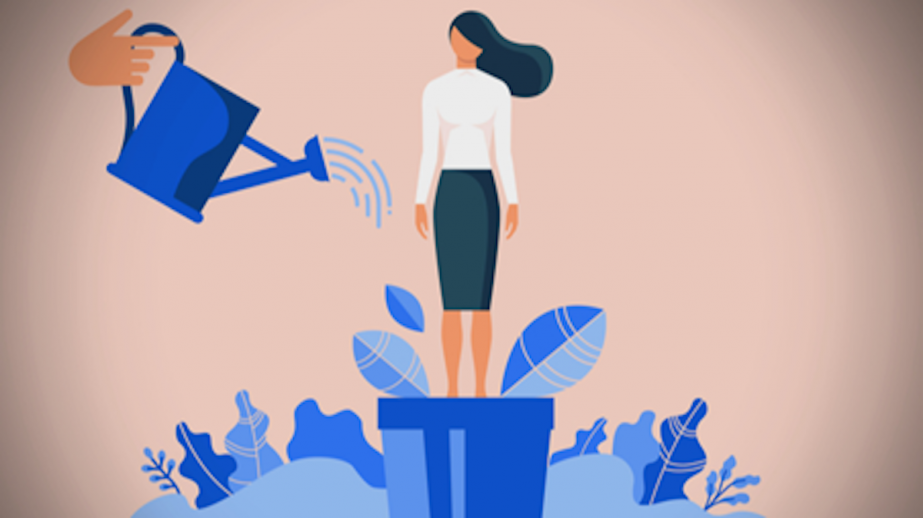 On 31 March 2022, as part of the Young Women and Next Generation Initiative (YWNGI), the Vienna Center for Disarmament and Non-Proliferation (VCDNP) and the International Affairs Institute (IAI) with the support of the EU Non‑Proliferation and Disarmament Consortium, organized the fourth YWNGI public outreach event. The event was dedicated to tips and insights for working at international organisations, and, in particular, those who oversee the prohibition of biological and chemical weapons. Previous events can be found here.

Aimed at both young professionals and students, especially young women, the webinar featured Daniel Feakes, Chief of the Implementation Support Unit of the Biological and Toxins Weapons Convention (BWC-ISU), and Elisabeth Waechter, Head of the Public Affairs Branch of the Organisation for the Prohibition of Chemical Weapons (OPCW). 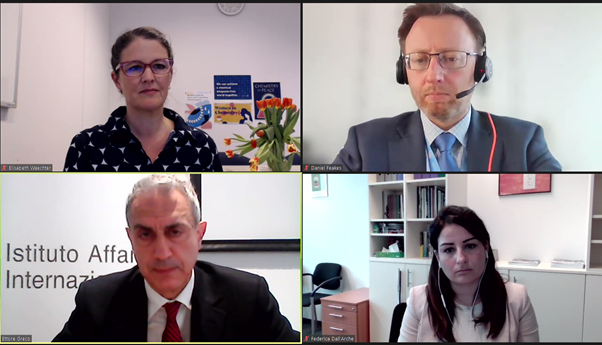 Daniel Feakes started his remarks with the hindsight of his own career path. Starting with an internship in academia focused on chemical and biological issues, he has now been working in the field for over 20 years. Feakes noted how a technical degree is not required in order to enter the field and that history, international relations, and regional studies students are all well equipped for a career in this field. Feakes then provided a brief overview of the Biological and Toxins Weapons Convention (BWC), highlighting its key functions such as sustaining the unequivocal norm against these weapons, creating the platform for a global dialogue, promoting peaceful uses of biological agents and toxins, and building transparency among States. He also provided an overview of the work of the ISU, which is based in the Geneva Branch of the UN Office for Disarmament Affairs (UNODA).

Feakes noted that nowadays young people can find numerous professional and educational opportunities online, pointing specifically to the UNODA website, including information on the Youth4Disarmament initiative.  He also highlighted the United Nations career opportunities for youth, which include internships, the Young Professionals Programme (YPP), and the Junior Professional Officer Programme (JPO).

He concluded his remarks by mentioning the Youth Declaration for Biosecurity that was developed by young scientists participating in the Second Edition of the Biosecurity Diplomacy Workshop for Young Scientists from the Global South held in 2021. “Such opportunities can arise from networking and collective brain power, collective activism, dedication, and commitment.” 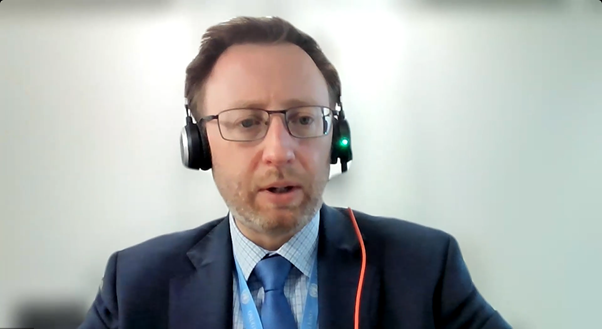 Elisabeth Waechter provided an overview of the OPCW and its work. Waechter noted that the OPCW is the implementing body of the legally binding Chemical Weapons Convention (CWC), which aims to eliminate chemical weapons in all aspects, including development, production, stockpiling, transfer and use. In 2013, the Organisation was awarded the Nobel Peace Prize for its extensive efforts in eliminating chemical weapons. This was particularly timely given the OPCW’s active involvement in overseeing the elimination of Syria’s chemical weapons programme in the safest and most secure manner possible since the country’s accession to the CWC in 2013. She also explained the history, goals and mandate of the OPCW, highlighting that the Organisation also works on preventing the use of chemical weapons and potential responses to such use, and promotes peaceful uses of chemistry.

In reference to her career, Waechter defined herself as an experienced international civil servant having worked in numerous UN bodies, many of which were focused on disarmament. When speaking about her work within the OPCW, she highlighted that one of the key areas her Division is tasked with is the achievement of the CWC’s universality. In this regard, Waechter stressed the importance of communication in the disarmament field, especially since it does not always receive the attention it deserves:“There is a lot to do and learn in the area of science communication and communication around disarmament.”Waechter noted that the OPCW is always recruiting, therefore she encouraged the audience to explore the OPCW’s twitter, LinkedIn, and employment pages, highlighting the paid internship opportunities available in different sectors within the Organisation. 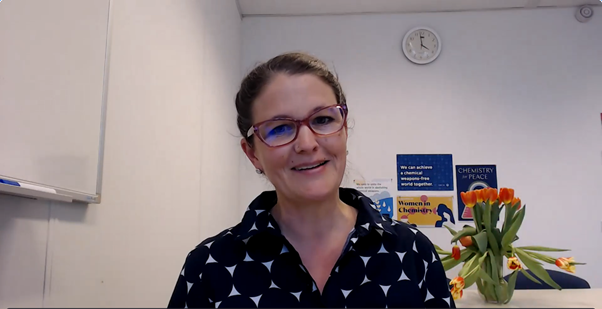 The discussion following the presentations covered a wide spectrum of topics, ranging from the most appropriate fields of study to ways to stand out, including the most useful skills and core competencies to acquire. Among the traditionally desirable skills like strong English language and knowledge of other languages, leadership, teamwork, intercultural communications, creativity, willingness to learn, and IT skills were also mentioned. “Anything that is related to social media, layout and design of publication and infographics – those additional skills certainly help people to stand out from the crowd.”

Speakers also provided information regarding the recruitment process and shared tips for solid applications and successful competency-based interviews. Both speakers encouraged applicants to be patient and to keep trying even when faced with numerous rejections. They stressed that it is a myth that you will not get hired if you do not know someone within the organisation or wider UN network, emphasizing: “If you do not apply you will not have a chance”.

The event concluded with both representatives sharing their personal motivation to work in the biological and chemical disarmament field. Waechter stressed that as an international servant for 17 years, she could not imagine doing any other work indicating that “what drives me is the realisation that what we do matters, that it is important.” Feakes agreed and added that both passion and motivation are needed in order to do this type of job, concluding that “the main purpose of what we are doing, preventing biological or chemical weapons from being developed and used, that is the kind of noble thing to be doing.”

The full recording of the outreach event can be found below: