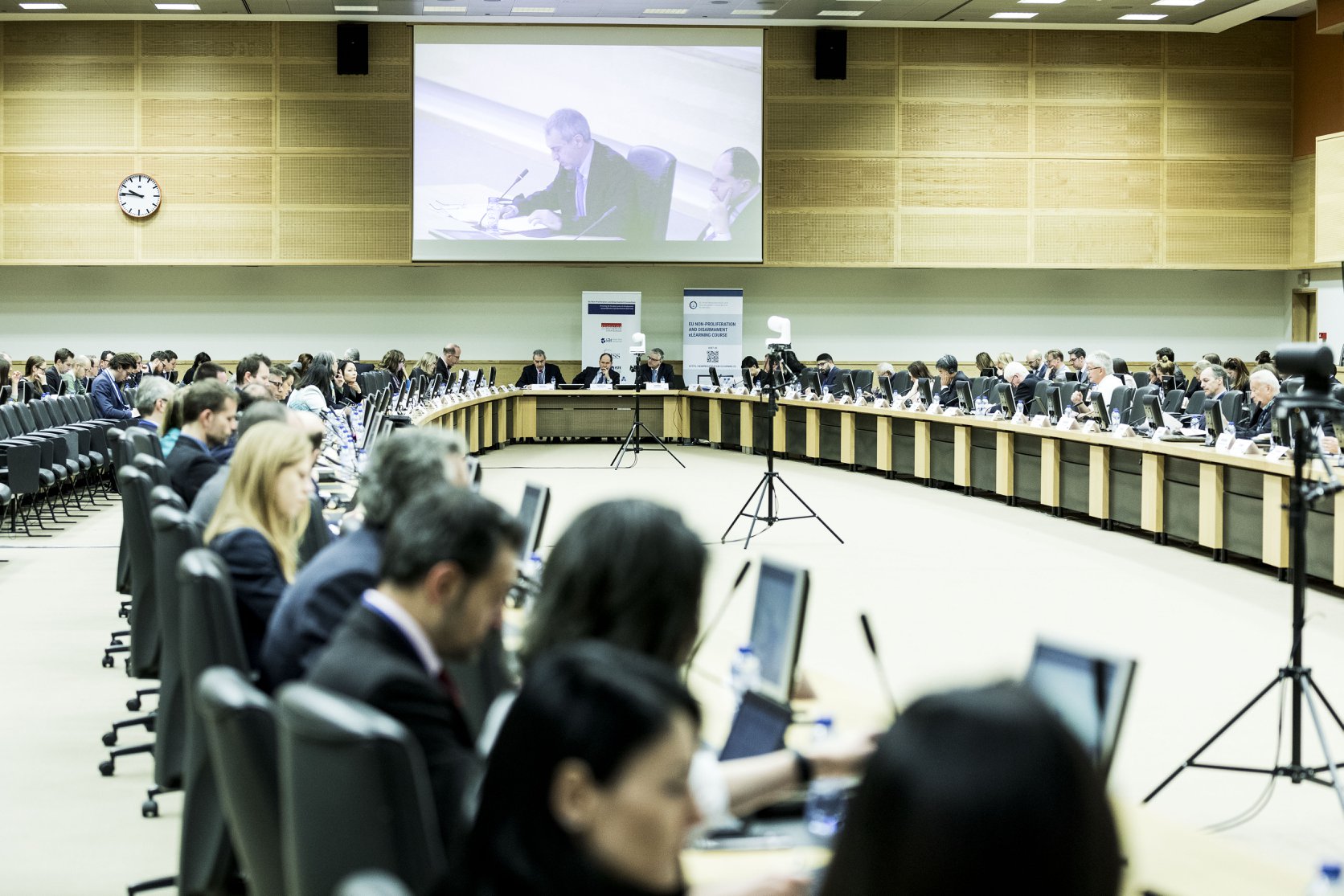 Message from Pawel Herczyński on behalf of HR/VP Josep Borrell

It is my pleasure to welcome you to Brussels to the Eight Annual EU Non-proliferation and Disarmament Conference. Diplomats, policy makers, civil society, industry, and academics from around the world are here today to tackle some of the most complex challenges of our times. Today you are not simply discussing non-proliferation and disarmament issues. You are here to discuss about our future: the fate of global security. I very much regret not being able to attend in person.

I want to welcome the participation of civil society, in particular the EU Non-proliferation and Disarmament Consortium of think tanks. Thank you for organising this event. But, above all, thank you for your tireless work in promoting research and dialogue on these important issues.

We live in a dangerous world. This will not come as a surprise to you. Looking at the wider geo-strategic picture, we see the rebirth of geo-strategic competition. This affects different regions and mobilises powerful regional actors. Today’s challenges affect us all irrespective of our location.

We are seeing a step back in some of the greatest accomplishments in global non-proliferation and disarmamanet after the cold war. If we forget our past, we are doomed to repeat the same mistakes. We must avoid entering into a new arms race which would endanger the peaceful future of our continent.

Non-proliferation and disarmament are at a critical juncture. Multilateralism as a whole is under threat. The European Union strongly believes in a rules-based world order, where States and institutions address global challenges together, but also resolve their differences.

In the coming year, the EU will particularly focus on promoting a successful outcome of the 2020 Review Conference of the Nuclear Non-Proliferation Treaty. On its 50th anniversary, we must celebrate and reinforce the NPT as a key multilateral instrument for international peace, security and stability. The EU strongly supports all three pillars of the NPT: disarmament, non-proliferation, and peaceful uses of nuclear technologies. All States Parties have committed to pursuing policies that are fully compatible with the Treaty and the objective of achieving a world without nuclear weapons. Our non-proliferation efforts in relation to Iran will continue to be key in this context.

The Intermediate-Range Nuclear Forces Treaty has been an important component of European security architecture. Its disappearance creates a dangerous security void. It also highlights that intermediate-range nuclear missiles are a threat way beyond Europe. The EU is ready to support international efforts aimed at developing confidence-building measures that will help avoid escalation and further proliferation.

The well-established norm against chemical weapons is being tested. We must be firm that any use of chemical weapons anywhere, at any time, by anyone, be it a State or a non-State actor, under any circumstances is unacceptable and violates international law and norms. There can be no impunity, those responsible need to be brought to justice.

Finally, we should not forget that it is conventional weapons that claim most victims in today’s conflicts. For this reason, the EU is stepping up its efforts to prevent the trafficking of small arms and light weapons, and to achieve a mine-free world for future generations. We should never forget the human face of security.

Further initiatives and processes at international and regional levels to restore dialogue and trust and promote transparency and confidence-building measures are crucial and deserve our support.

In all these areas, dialogue with our global partners is essential. This is what makes gatherings such as this conference so important. We must collectively speak the language of both our interests and of our values.

I call upon all of you to demonstrate persistence and creativity in strengthening the global non-proliferation and disarmament architecture. We owe this to future generations to leave to them a more secure and stable world.

I wish you a fruitful and open discussion, with the collective aim to increase international security, ensure non-proliferation, and promote disarmament.

This is some extract of the Eighth EU Non-Proliferation and Disarmament Conference :

Presentation at the 8th EU Non-Proliferation and Disarmament Conference Hans Brattskar, President of the Fourth Review Conference of the Anti-Personnel Mine Ban Convention, Permanent Representative of Norway to the United Nations and other International Organisations, Geneva

To watch the full videos from the conference, go to: https://www.youtube.com/watch?v=nqpWJLN2954&list=PLlBLU211Zhenvhe4HE_vDwV1JnuaOnaWd&index=2&t=0s